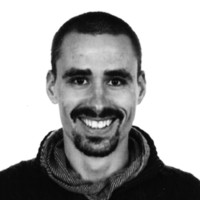 Data Scientist and Computer Scientist. Creator of this blog.

It’s been a very long time since I last wrote on the blog. Since then a lot of things have happened, one of the more important ones is that I moved to Germany to work for MOIA GMBH as Data Engineer. And as a consequence here is this post, which is one of the task I’ve been doing last days. Lets start.

First of all, I started working from this example on how to configure circleci for monorepos and started to adapt it for our use case.

The basic behavior behind this configuration can be found in the how it works section of the repo. Basically, each project/service have to be added as both a pipeline parameter to the circleci config and as workflows. In the latter we would be able to configure the particularities of each individual project/service.

Lastly, the orchestrator in charge of launching the actual jobs it’s the trigger-workflows job, which calls a bash script to call the circleci API and launch only the jobs for the project/services that actually were affected by some commit.

The beggining of our circleci config file looks something like this:

Here we are defining two services, and the main job that will trigger the services as needed. executors is used to run a Docker image in each job, it is possible to have multiple executors and use any of them as required for each service.

Now, we need to define the jobs section, it looks somehing like this:

trigger-workflows as I mentioned previously, its the main job. In the build section, you can specify as many parameters as you need. In this case I have set up this ones to know when JDK is required for the job, maven or python. Also, there is another variable called e, which allow me to specify different executors (aka Docker images) for each job, if needed.

Next the steps for each job is defined as follows:

You can see above how you can especify in executor which Docker image to use using the parameter e mentioned above. Also, one important thing is to define a good key for caching dependencies and other installed packages to speed up the job. With the use of conditional rules you can control the flow of execution for each job. Above for example I can decide if I need to install JDK or not based on supply parameters.

Finally, the only thing it is left is the declaration of the workflows:

As you can see, here is were you can use additional parameters to customize each job.

I faced some problems while developing this approach, the first of them was I was getting the following response from circleci API:

The problem was the original code was calling the API like this:

I needed to specify it as as HTTP header:

While restoring circleci cache, I was getting this kind of errors:

This was caused by wanting to cache too broad directories like /usr/local/bin etc.

botocore.exceptions.NoRegionError: You must specify a region

From now on, you can integrate circle ci with your monorepo and build, test, deploy or do what you need. Hope you liked it!

Spot a typo?: Help me fix it by contacting me or commenting below!